Whenever a new technology is available, we can be sure the gaming industry will be one of the first to adopt it. Considered a relatively ‘safe’ environment in which to test new ideas before they go mainstream, game worlds offer the freedom to build something around a revolutionary technology without the high stakes.

From floppy disks and mobile phones to the emergence of the internet and virtual reality, game developers are always looking at what new tech can add to the player experience.

Today, blockchain, cryptocurrencies, and NFTs represent another frontier for the gaming world, perhaps its biggest yet.

"You can be technology-first or people-first, and if you go people-first then often you will be able to discover innovations and ways to add value."

Integrating blockchain into a gaming world that is becoming more social and connected could change more than just the experience. It could change each player’s way of life, and even their careers, by allowing participants to earn an income through gaming alone.

At Moonfire, we’ve always been interested in the role of venture as Layer 3 crypto (applications) bed in. It’s no surprise that it formed a key part of our Pulse AGM discussion last month (May), and is something we’re always keen to explore.

"What enables us to build [our games] is VC money, and that also takes pressure off of us in the current market. Because of VC money, we are in the sweet spot to build."

What role can – and should – venture capital play in a crypto world, where the broad range of financing options include NFT drops, issuing tokens, and selling shares?

A VC backer can give developers the time and resources needed to ensure the product is of high quality. We at Moonfire believe in giving founders the space to focus on what they are building for the long term, rather than just attracting short-term attention.

Those who can raise enough money from the community also tend to already have a certain level of access and influence, whereas VC can help any game-maker, as long as they have a great idea.

Having a VC who understands the landscape can also be invaluable for game-makers, especially in such a fast-evolving space. Moonfire supports founders through our data-driven approach, leveraging broad-based market data to help portfolio companies achieve their objectives.

For example, Moonfire’s open-source tool Tokenomics Explorer, which compares the ways initial pools of tokens are distributed in different crypto projects, demonstrates how a VC’s bird’s eye view of the industry can help founders with these kinds of crucial, early-stage decisions. With more time to prepare and access to in-depth market knowledge, VC-backed crypto gaming projects can properly design their tokenomics based on user behavior and wants.

"You have to get a Web3 VC on your board. Having a very old-school VC with you on that journey is just not going to work."

Due to their wider network participation and deeper monetization, crypto games have the potential to rival traditional games. However, this dependence on the network also exposes the need for multiple stakeholders - including VCs. By providing necessary capital and indispensable advice, VC is set to play a crucial role in the quest to give more people the chance to be full-time gamers.

To understand what is at stake here, we must look at how gaming has become social, and how that ties into the social future of finance.

For full-time gamers of the future, it will be possible for them to earn the bulk of their income from gaming: something of an overdue development.

Gamers have always created a valuable community around their favourite games, but soon they will have a chance to capture a share of that value. This is where we at Moonfire see an opportunity for blockchain to come in.

Players are already familiar with in-app currencies, which can usually be either purchased or earned, and then exchanged for items and upgrades.

Why not, then, take this one step further and allow players to build up a digitally-native form of currency such as Bitcoin, or Ethereum? This way their earnings would not be limited to a single game universe.

As uptake of the Metaverse increases, people will start to move between different communities and games online, making a decentralised form of online credit more important.

Then there are non-fungible tokens (NFTs). Whether it’s a ‘skin’ that makes your character look like an astronaut or a rock that gives your in-game self magic powers, items have always been a core part of gaming. But the trading of these digital wares is often either impossible or limited to the game’s internal market. This has led to black market exchanges among players, demonstrating the clear consumer desire for both ownership and trading.

By encoding items onto the blockchain, ownership becomes publicly verifiable, and possibilities for trading widen beyond the immediate game universe. The nature of NFTs, which guarantees an asset is totally unique, also increases an item’s desirability on the online market.

"If there’s going to be a metaverse and a new paradigm, shouldn’t we all get a chance to be a part [of] that and profit from that?"

As we take our first steps into the metaverse, your avatar might soon represent you not just in games, but at work, in social situations or at events. All this makes in-game items a valuable commodity in the social future of gaming, and means gamers can unlock value from their collections

What’s next for VC in gaming?

Bringing in a VC that understands Web3 and its potential is just the first step.

The daunting, yet exciting task of building a new industry comes next.

One of the biggest problems threatening the expansion of pay-as-you-play in gaming is the risks associated with the blockchain. Decentralised finance comes with plenty of negative connotations, as stories of stolen cryptocurrency and fraudulent schemes become more ingrained in the public zeitgeist with every passing news cycle.

Examining the cautionary tale of Axie Infinity, which “promised riches and delivered disaster”, VCs are presented with a blueprint for how NOT to approach ‘pay-to-play’. With too much dependence on the allure of earning money from gaming, Axie neglected its all-important gameplay and user onboarding, resulting in thousands of users losing the full value of their crypto holdings in the space.

Next month, we will explore this topic in fine detail, as well as how we believe the rise of the full-time gamer is still very much within reach, as highlighted by Moonfire’s founder, Mattias Ljungman:

"Play to earn creates many wrong incentives but what if we had an incredible game plus well-thought-through community attributes bringing users together beyond just gameplay."

Through these ways of earning, gamers will be able to build entirely new careers. Just as we have seen the creator economy spawn the new career titles of “YouTuber” and “Twitch streamer”, get ready for the next wave of innovation to create a generation of full-time gamers. But more of that next time… 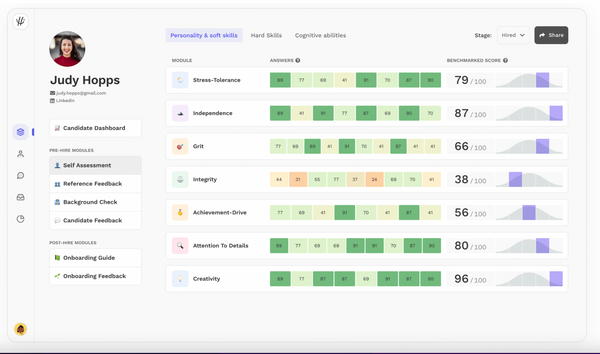